Bad Faith Damages in Long-Term Disability (LTD) Cases – Do insurers have to “pay” for the harm they cause? 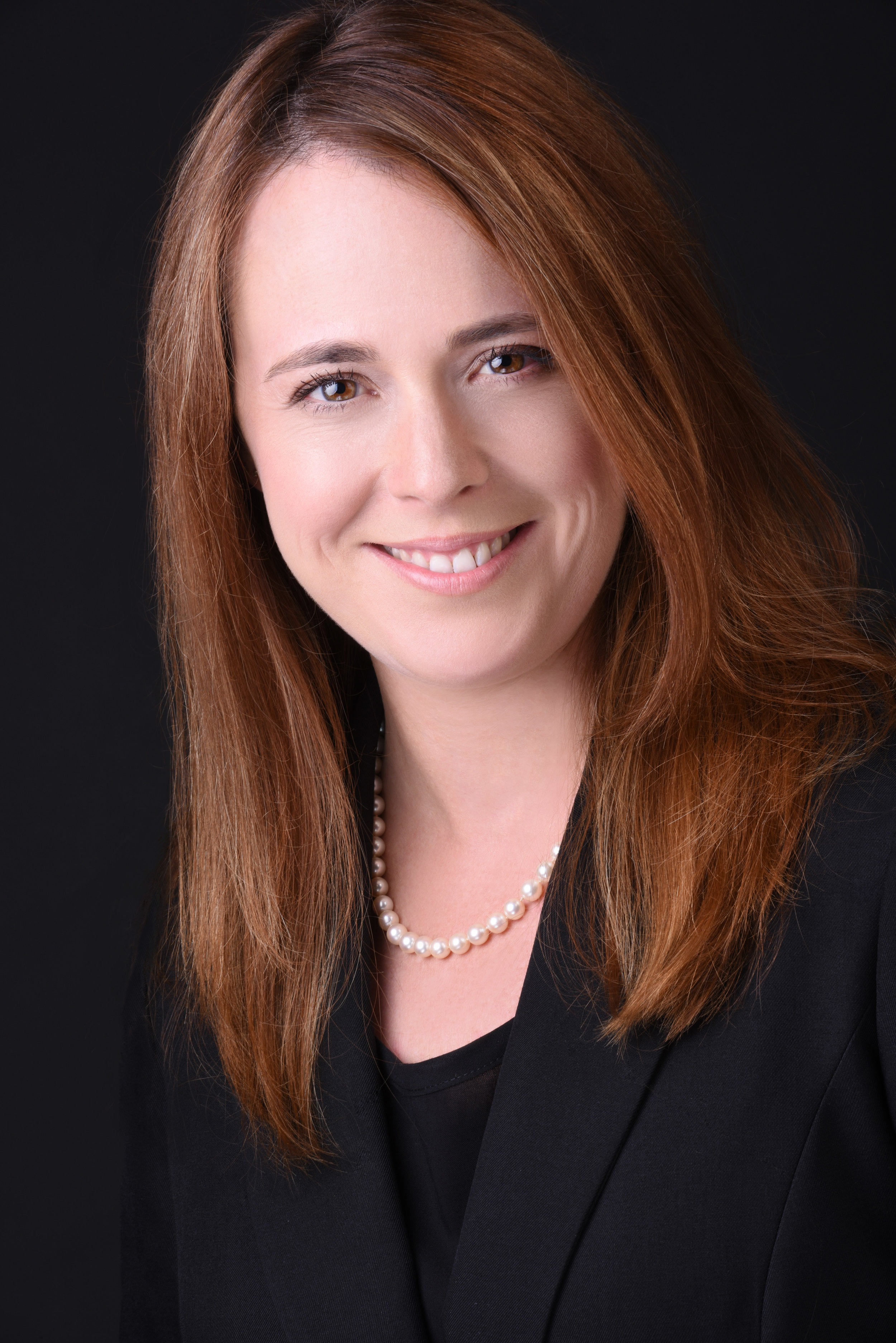 Clients whose long-term disability benefits have been denied, often ask whether they are entitled to damages for “pain and suffering” and express their desire to “punish” the insurance company for what it has done to them by denying their claim.  After all, many clients have had to cash in their savings, refinance their homes, some may have lost their jobs, friends and spouses, or perhaps the stress of having to deal with the insurance company and with their financial circumstances have aggravated their medical conditions or caused new health issues, such as depression and anxiety. Understandably, clients feel the insurance company should be punished and should compensate them, not only for their benefits, but also for the mental and financial distress they endured as a result of the denial of their benefits and as a result of how they were treated by the insurance company during the course of their claim and during the litigation.

It is often difficult for clients to understand that while they may have suffered substantially due to the denial of their claim, there are very limited circumstances in which an insurance company will be ordered to pay damages for bad faith and the facts and evidence required to prove these claims are not present in all cases.  This blog will consider the case law on this topic to assist in determining whether bad faith damages are warranted in a long-term disability benefit case.

The recent case law on this topic give clients hope that their bad faith claims will be successful in certain circumstances and remind insurance companies that their conduct has the very real potential to attract significant aggravated and punitive damage awards—awards which have previously been a rare occurrence in life and disability claims in Canada.

In Branco v. American Home Assurance [2015] SKCA 71 (Saskatchewan Court of Appeal), the Court initially awarded a combined total of $4.5 million in punitive damages against the two defendant insurers (450% more than the one million dollar punitive damages award in Whiten in 2002) and $450,000 in aggravated damages. The Saskatchewan Court of Appeal later reduced bad faith damages substantially to $675,000 in punitive damages and $45,000 in damages for mental distress; amounts more in line with the case law.  However, the Court reinforced the insurer’s obligation to act in good faith in assessing and litigating long-term disability claims.

The facts in Branco are such that Mr. Branco was a welder working for a Canadian company at a mine in Krygyzstan when a steel plate fell on his foot causing him to become totally disabled. Mr. Branco made claims for workers compensation benefits under an American Home Assurance Company policy and for long-term disability benefits under a group Zurich Life Insurance policy. He was found to be permanently disabled by numerous doctors who assessed him at the request of the insurers. The Court found that Zurich breached its duty of good faith by ignoring the medical evidence of their own experts, delaying dealing with the claim, and making significantly discounted offers despite acknowledging coverage. With respect to American Home, the Court found it had breached its duty of good faith when it “discontinued payment of benefits in order to create hardship on the insured to force him into accepting an extremely low offer of settlement.” The Court concluded that the damages award was justified based on the insurers’ failure to consider overwhelming medical evidence of disability, the deliberate behavior of the insurers and their lawyers in their negotiations with the Plaintiff and their general disregard for the vulnerability and hardship suffered by Mr. Branco. In explaining his rationale for the punitive damages award, Acton J. states:

“It is hoped that this award will gain the attention of the insurance industry. The industry must recognize the destruction and devastation that their actions cause in failing to honour their contractual policy commitments to the individual insured.”

The facts in Fernandes are such that, Mr. Fernandes was a bricklayer with limited education, training and experience. He suffered a number of injuries which prevented him from working. He submitted a claim for disability benefits under an individual insurance policy. The insurer denied benefits on the basis that Mr. Fernandes failed to satisfy the definition of “totally disabled” under the policy. The insurer relied on over 140 hours of surveillance of Mr. Fernandes completing various home maintenance tasks, including: moving furniture, lifting wheelbarrows and tools and shoveling cement. Rather than accepting the activities observed on surveillance as evidence of Mr. Fernandes’ functionality, the Court concluded that the surveillance was unreliable because it failed to provide any details as to what Mr. Fernandes was doing off-camera, while recuperating. The Court determined that that the insurer had acted in bad faith by refusing to accept the overwhelming medical evidence before it and by failing to demonstrate that it had properly considered the duties required to work as a bricklayer.

The decision in Whiten v. Pilot Insurance, [2002] 1 SCR 595 (Supreme Court of Canada) requires the Court to consider whether the degree of the bad faith conduct warrants an award of punitive damages or whether other types of damages will adequately serve to compensate the plaintiff and deter the defendant’s behavior. In cases where there may be evidence of some bad faith conduct but not sufficient evidence of a degree bad faith warranting punitive damages, aggravated damages may still be in order.

The Supreme Court of Canada’s decision in Fidler v. Sun Life Assurance Co. of Canada, [2006] 2 SCR 3 (Supreme Court of Canada) remains the leading case with respect to aggravated damages in long-term disability cases. In Fidler, the Court reversed the punitive damages award, but maintained the aggravated damages award. It concluded that there was no requirement to show an independent actionable wrong (such as a breach of good faith) to compensate plaintiffs for mental distress in the face of a breach of a peace-of-mind contract, such as a disability policy. In applying the rule in Hadley v. Baxendale, the Court held that the mental distress suffered by Ms. Fidler was of a degree sufficient to warrant compensation of $20,000. The Court relied on extensive medical evidence, documenting Ms. Fidler’s stress and anxiety arising out of the loss of her disability coverage. Although the insurer’s strategy to pay the arrears and interest one-week prior to trial was not, in this particular case, considered sufficient bad faith conduct, the Court did conclude that the late offer did not adequately compensate Ms. Fidler for the psychological consequences of Sun Life’s breach of contract. The result was a compensatory award, as opposed to punitive.

While the three cases (including the appeal decisions) of Branco, Fernandes and Brine may serve to heighten the insurance defendants’ sensitivity to issues of bad faith in long-term disability claims and incite more bad faith claims from plaintiffs, each case is unique and the merits of such claims should be assessed on a case by case basis. A careful and critical review of the claims file and an appreciation of the insured’s vulnerability can provide a preliminary assessment of the strength of a bad faith claim and a basis upon which to structure the examination for discovery of the insurer and the strategy for the ongoing litigation.

In assessing the merits of a claim for bad faith, it is important to realize that although a claims file may be riddled with errors, those by themselves do not constitute bad faith. Similarly, the incorrect denial or termination of disability benefits is not in itself evidence of bad faith (Fidler v. Sun Life Assurance Co. of Canada). The Court must find that the conduct was high-handed, arbitrary, malicious or reprehensible to offend the Court’s sense of decency and therefore worthy of punishment. Vulnerability of the insured is also an important consideration.

In evaluating the conduct and whether it amounts to bad faith, the Courts in Branco, Fernandes and Brine, relied on Whiten v. Pilot Insurance. Whiten continues to be the leading authority for punitive damages cases in Canada. In that case, Binnie J. set out the following factors to be considered in assessing the particular conduct for bad faith:

These cases serve to remind insurers of their duty to act in good faith during the course of the claim and in litigation, while considering the vulnerability of the claimant or else risk attracting bad faith damages.

Therefore, when clients ask if they will get compensated for their “pain and suffering” in long-term disability cases or whether they can “punish” the insurer for their actions, the answer is, “that depends”.  Only a critical review of the insurance claims file, a thorough examination for discovery of the insurance company and persuasive evidence supporting damages suffered by the client will determine whether there is a true bad faith claim, worthy of pursuit.

MK Disability Lawyers has over 20 years experience between its two partners, litigating long-term disability claims. We are provide expert, personalized legal representation to disabled clients whose claims were denied for any number of reasons at any stage in a claim, including claims denied based on a pre-existing condition exclusion.  Please contact us at info@MKDisabilityLaweyers.com  if you have any questions or to request a free consultation.

The preceding is not intended to be legal advice.  This blog is made available for educational purposes only as well as to give you general information and a general understanding of the law, not to provide specific legal advice.  By using this blog, you understand that there is no solicitor client relationship between you and the blog publisher.  The blog should not be used as a substitute for competent legal advice from a licensed lawyer in your jurisdiction.  If your disability claim has been denied and you require legal advice, contact a lawyer specializing in disability law.